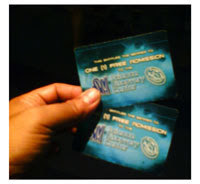 Me and Kevin spent a futuristic afternoon at the SM Science Discovery Center last Saturday, courtesy of the tickets I’ve won as a devil wannabee at the Buhay Coke Bloggers Party last June 27 at the SM Mall of Asia.

Our eyes feast on its high-tech exhibits and display. We also enjoyed watching a short film on their awesome 360° cinema, and before leaving the place we managed to posed with the robots for some souvenir photos. (Too bad the photos kinda blurred, so Its much better not to post it here) 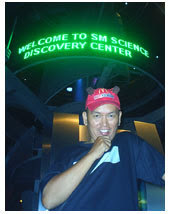 As a biker, I was easily attracted to their wheels display. But it wasn’t just ordinary!  It was the Segway (the two-wheeled personal transporter) and  the insane but awesome Monowheel. If only they have let us ride it. Yay! 😀 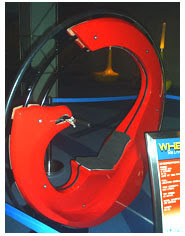 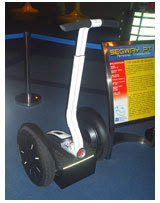