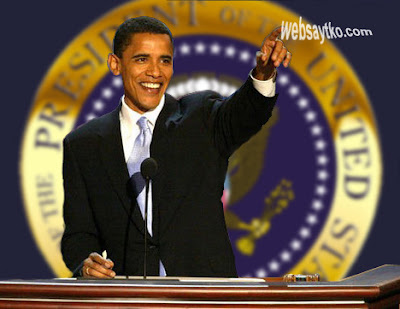 Life goes on for Barack Obama. The first African-American to be elected President of the United States of America. As he was unanimously chosen (landslide victory over McCain) by the people of America to lead them to a well-off economy and a better, peaceful life.

Even without hearing his powerful speech, and seeing only his numerous photos on the internet, you can  sensed CHANGE in him, and within him. Just like his slogan say Obama: Change has come to America. His color and his race doesn’t become an obstacle for him. Instead he was inspired by them. My heartwarming congratulations to you sir! Its a tough job alright! But we know you can do it! Goodluck and God Bless America!