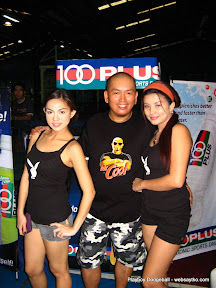 Thank God I found my way home after that gruelling battle at  1st Playboy Philippines Dodgeball Tournament at Club 650 yesterday. The whole day is full of heat! The weather, the games, and the sights, whoa! Its absolutely fun-tastic! I’ve not gone sweating like this in years haha! Since Im virginal with the sport and I haven’t played any (other sports)lately, you could imagine how my body is tremendously aching right now as Im typing this blog. (argggh! can’t find my BenGay!)

I won’t mention whats the standing of our team (Digital Manila) hmmmm well whatta heck, our team is included in the Top Ten! Kewl! (but with only 8 teams playing har har har!) We came last actually wahhhh! All I can say is that we did our best and we have fun playing dodgeball. If only we….huhuhu… WATCH OUT for our return performance! lol.

As usual, I squeaked in my blogging activities in between games, by socializing with other bloggers and shooting some photos/videos. This is where I met my newfound BF haha! BlogFriends po. – Jeff, Aethen, Jonel, JP, Leirs, Alvin (Team – DigitalManila) Cher, Rochelle, Dong ho, Omar, Carl and of course the main man himself, Azrael. (Team – BlogBallers). Nice meeting and playing with you guys!

sorry didn’t got all your URL guys,  pm na lang po for backlinks. 😀

Check out our photos HERE!

Three days from now or tatlong tulog na lang and its May 30, 2009, and I’ll be part of something historical and philantrophic (ahemm ahemm)as I’ll be one of the players for a “Dodgeball Game” kewl! Historical because this would be the 1ST ANNUAL DODGEBALL TOURNAMENT of PLAYBOY PHILIPPINES, and at the same time its for the benefit of GivesBack Foundation, for their fund-raising activity which aim to raise at least Php 200,000 for the chemotherapy of nine (9) cancer patient kids at the Veterans Hospital in Quezon City.

Our team are composed of (cute and handsome) bloggers, while for the other teams, I think it would be celebrities and playmates (awhoooo!).

So what exactly is Dodgeball, and how it is played?

“There are many variations of the game, but generally the main objective of each team is to eliminate all members of the opposing team by hitting them with thrown balls”

Kinda rough description yaiks, with emphasis to the word ELIMINATE (tsugi ba haha)! Anyway, the players are not required to have term life ins for this kind of sport unless their opponents knows Genki Dama or will be using duckpin balls instead haha! One thing for sure, this would be a fun-filled day! And seeing again those GORGEOUS playmates is already winning moments for me! 😆 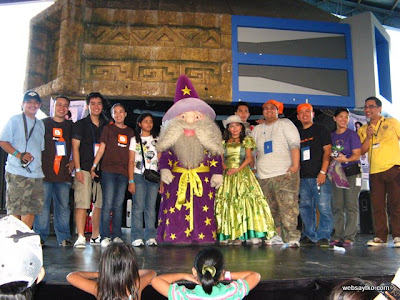