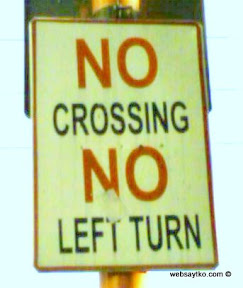 3 thoughts on “Violation of NO LEFT TURN”