I don’t know of anybody who doesn’t complain about the hot weather were experiencing right now (in the Philippines). I guess only the rich or those who we’re trapped inside their fully air-condition crib who went out only at night haha! (takot maarawan).

But even the nights are hotter these days. Its so diicult to sleep. All bcoz off this El Nino, Global Warming, and the depleting ozone layer etc.. that makes the temperture goes wacko!

We all contributed to global warming, direct and indirectly, because we all exhale carbon dioxide, plus the burning of tires, deforestation, gas emmisions from factory and autos, hair sprays, freons from our air-conditioning and refrigerator are some of the factors which causes the greenhouse effect.

So what will be the remedy or solution to this worldwide problem?

Political and public debate continues regarding global warming, its causes and what actions to take in response. The available options are mitigation to reduce further emissions; adaptation to reduce the damage caused by warming; and, more speculatively, geoengineering to reverse global warming. Most national governments have signed and ratified the Kyoto Protocol aimed at reducing greenhouse gas emissions.

I have this two (insane) ideas on how to cool the earth. 😀

1.First, if we all stop breathing for at least two minutes a day to minimize the emmision of carbon dioxide into the atmosphere.

2.Second, How about collecting all the nuclear missiles around the world (the more, the better). Detached its warheads and shove the rockets inside the earth’s surface.  Sahara or Mojave Desert are two ideal venue for this project.

By this time I think you got my idea haha! We would ignite all rockets simultaneously for the purpose of moving the Earth away from the Sun. Aiming for the position in between Jupiter and Saturn for a much cooler Earth haha! What do you think? 😆 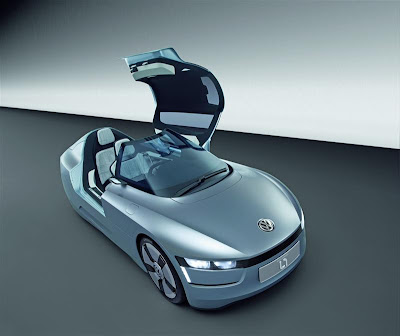 What comes to your mind when you hear the word bug and beetle? Insect right? Well it’s also the nick of the popular people’s car we know for over seven decades now. The Volkswagen! Its the car that almost all country have. Now, the cute and sturdy car from Germany has evolved into an awesome futuristic design. I bet You wouldn’t find auto accessories or aftermarket market parts for sure on this car. The 2010 Volkswagen-L1 Concept car was unveiled at the recent Frankfurt International Motor Show. The technological breakthrough put on its engine and aerodynamic body makes it the most fuel-efficient car in the world! 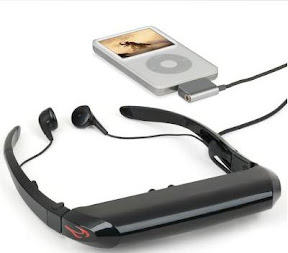 Definitely an eye-catching gizmo from the techie world. Not only because of its awesome techiness but because its virtually for your eyes only! Develop from U.S. Military Technology, the viewer can practically use it anywhere (at the beach, during long flights or bus trip, comfort of you room – cr hehe) with a video Ipod or a portable dvd player.

What’s more like it is that it offers 52″ screen display from 9-feet away. Just like watching from your fav chair. Not to mention a dual stereo headphones delivering crisp and clear blasting sounds from those war movies! I can’t wait to have one of these! I gmail my friend to monitor if its already on sale at Buy.com or at WalMart. More of this gizmo HERE.