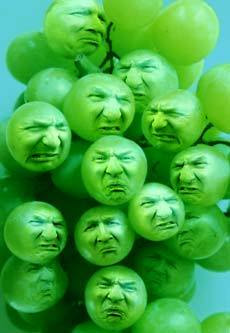 Bad loser maybe? Sourgraping – yes I think you can call me that! But that’s what I really feel after joining this so called kaka-loka video contest. It is sooooh unfair!  Grabe pagkakaluto! Hindi lang medium rare, Well done talaga! This contest are biased! Who were the judges? Why don’t they even show the score/rating of each entry, or present as to how and why did it win? Paano yun turo-turo na lang?

To be true to you guys,I got so deeply involved with this contest that a lot of my personal time went to this. I said to myself that if my entry wasn’t good enough in the eyes of the judges, I will try naman the popularity tactics (which is one of the contest criteria). Dun naman ako babanat, at least kung mababa man ang rate ng video ko, me pang-bawi naman ako. So I made my blog and video link scattered to some sites and forums. Inviting friends, relatives (at kung sino-sino pa) to view my video, etc…etc.. It actually became part of my daily routine that begins last second week of July.  It was tedious yet fruitful.

After several days my blog post can be seen on all major search engines. Got the top position at Big G Blog Search for about a week! And believe it or not its still in the number one position on MSN (for the contest keyword) as of this writing! The video got the same results too! (a thousand views plus some nice comments). So sabi ko atleast me panglaban na ako.

After the original deadline we were five contestants! And with that in mind, I feel a bit relaxed knowing that the sponsor has four major prizes at stake, so chances of winning is somehow magnanimous (kahit 4th placer man lang di ba?). Then two days before the announcement of winners, I found out that we were abruptly became seven! What the f**k! How? Why?

They don’t even bother to announce it on their site. Instead, I got this information that one of the contest organizer asked in public “kuno” via some social networking service (what about those who don’t have these?) if they like the contest to be extended. In which apparently a good number of people said “Yes”! What about us contestants? Don’t we have the rights to know also that its being extended?

Okay, so a lot of them said yes! Fair. Let’s extend the contest ekek. Then here comes the most tastiest part of the lutong macao. Its this simple. If a lot of them show signs of eagerness to extend the contest then why there’s only two who submitted??? With emphasis on the last one who submitted because he’s a buzzer beater (with only just a matter of hours after the new deadline) isn’t that quite obvious? Its like the whole extension thing is suited just for him??? If I were the judge, that video is the best for me! Ang galing eh! Kaso nga lang….Delicadeza where are youuuuuu?

Para bang nagpa-contest ka sa jungle ng Cat-Look-Alike Contest, then you let a kitten join! Of course me iba pa bang mananalo? Or have you heard of this sabong story where a man brings a duck inside a sabungan for a cockfight, and amazingly the duck wins! hahaha!

A day before the main event. Mejo malata na pakiramdam ko. I even told some contestants na parang na fo-forecast ko na what will happen next. The bad thing is I still went there because of some agitated supporters telling me na “punta ka bro sayang, baka mali lang yung perception mo”.

You might ask. What if I won? Would I still post this rant? Hmmmmm depende sa prize, lol! Sori sa mga nasagasaan ko with this post. I hope you understand. I just have to let it go or I’ll burst.

Anyway. Life goes on… Thanks for this experience. I actually became much closer to God, (kaka pray manalo hehe)  I actually found a new sets of friends who are all great movie makers. I salute you guys! And to all that helped and supported me throughout this contest. Maraming-maraming salamat po sa inyo! Peace to all!