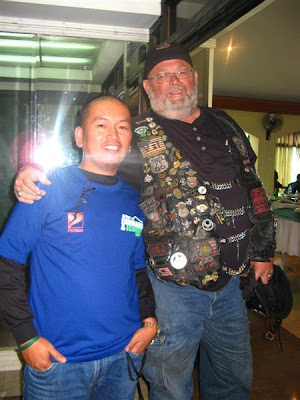 Decieving me but i’m talking about people here and not the canine haha. Well as you know, yours truly is also known as raredog. And so while I’m in Baguio last week, I’ve met a few dogs there. One dog that I was glad to have a photo souvenir was a member of Mad Dog, he was easy to approach and he gladly accepted some photo shoots with my buddy Nhokie. Woefully though I forgot to get his name to mention here on my blog. He’s tall, big, bearded and really cool with his biker outfit. I think weight loss pill would be the last thing this biker would take haha. Now I know that an easy rider not only stands for the kind of bike but for the biker’s attitude as well. Thanks and more power to Mad Dog Motorcycle Club sir. 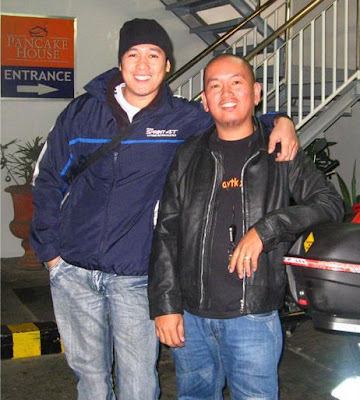 The other dog was my former boss and now a riding buddy at MCP. He is Cesar a.k.a. “Buangayam” a Waray dialect that translates also to mad dog in english haha. The last time we’ve met was 2 or 3 years ago at Enchanted Kingdom during the Christmas Toy Run with Frank Woolf. Ahhh…Time passes so fast.