Im sure a lot of old school riders like me would be delighted to know that our favorite sports Bicycle Motocross or more popularly known as BMX!  Would now be included in the competition program of the Olympics. At last our dream when were still young came true! For the first time in history, BMX is now part of the Olympic Games! It would be included in the 2008 Beijing Olympics not only as a demo but an actual race. With 48 riders (16 women and 32 men) from around the world competing. Sad to say, I don’t think there’s a representative from the Philippines. Anyway, the race are scheduled on August 20 – 21 at the Laoshan Bicycle Moto Cross (BMX) Venue.

Located at Shijingshan District in west Beijing, the venue covers an area of 1.98 hectares and is 300-400 meters in diameter. The track is 10 meter wide at the starting point and 5 meter wide at other points, and it contains jumps, flattops, and other obstacles. In 2008, the venue will give birth to the first ever Olympic BMX gold medal. 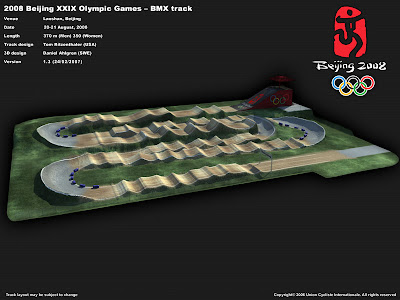 BMX racing is exciting, thrilling and very challenging! Not to mention its dangerous too. With all the crashes and spills a rider could encounter on the tracks. I should know, I’ve been a BMX racer myself. I can still recall racing with Team Bicrosser at Jammin Jay and at Philcite. Ahhhh! Its all coming back to me. Who would forget BMX Action Magazine, Stu Thomsen, Harry Leary, Eric Rupe, Pete Loncarevich, Gary Ellis, Redline, Mongoose, GT, HARO, Schwinn, Shimano, JT Racing, Diamond Back and many others. They, in one way or the other contributed to the popularity of BMX.

Myself doing a Morgan at Jammin Jay! 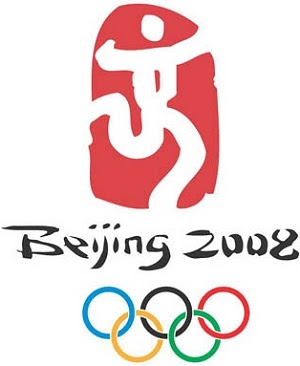 Watch all the action of the 2008 Beijing Olympics!